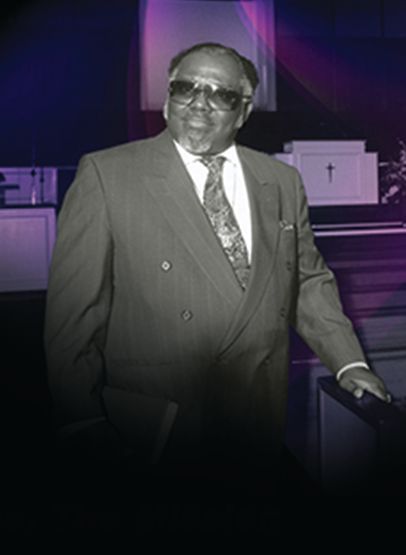 The Church has always been a pillar in our community, an everlasting inspiration, a beacon shining in the night. At First Church, we seek the lost, retain the saved and release the departed. Being servants is our legacy. The First Baptist Church of Hamilton Park, commonly referred to as First Church by its members, commenced from the spiritual vision of a young man born and raised in Dallas, Texas. Dr. J. Lee Foster recognized his calling and on December 28, 1954, he became the organizer of the First Baptist Church of Hamilton Park. On that day, he was joined by his wife, Annie Pearl Foster, and three other church members: John J. Howard, Mother Green, and Reba Mitchell.

With their determination, persistence and faith, they followed Pastor Foster’s vision and launched First Church in the historical African-American community of Hamilton Park. During this segregated era, from the Clovis Field in the Southeast corner of LBJ and North Central Expressway in Dallas, Texas, referred to as the “dumping ground,” they learned “he who follows Christ must suffer some persecution.”

At the height of the Civil Rights movement, First Baptist Church of Hamilton Park was Kingdom Building and standing on the Word of God. After years of laboring in the vineyard, First Church heeded its calling to grow, and became the first African-American Church in Richardson, Texas with a thriving membership. This spirit is real at First Church and it has continued under the vision and leadership of his elder son, Rev. Dr. Gregory Foster, who became the Senior Pastor, assisted by his younger sibling brother, Rev. Anthony Foster, after the death of their father, February, 2003.

Steeped in its Kingdom Building mission to “reach one, teach one” at First Church, the uncompromising Word of God is ministered to all who worship with our body of Christian believers.

First Church has a global ministry reaching millions through its sermons, biblical classes, music and broadcast media. With over 40 ministries, the J. Lee Foster School of Biblical Studies, and the “sons” of First Church preaching all over the globe can best be described in, “Let us become fishers of men.” Matthew 4:19-20.

Get to Know Us

Copyright | All Rights Reserved | Site By The Church Online, LLC.